History shows this year America will elect a Republican

July 29, 2016
In US History, only twice have democrats been re-elected back into office with the exception of a VP taking over after the current president's death. Republicans have done it only six times. Typically, the only way for a party to maintain control through more than one president is if their VP takes over. So, if the Democrats really wanted to keep control over the White House, they probably should have nominated Joe Biden. 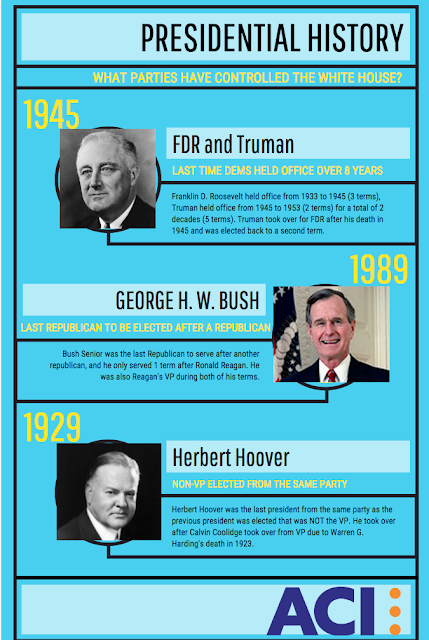 Theo Sanders said…
I like this post! Great paper uk assignment writers across all known high school and college disciplines are what makes our essay service so great. What our authors are famous for are fast writing pace and on-time delivery. So your paper is in dependable hands!
April 26, 2022 at 10:27 AM

LasseNielsen said…
If you are looking for a reliable and inexpensive writing servise - go to ghost writer college papers service. These guys are real professionals in writing and proofreading. You can order any type of academic writing on their website and be sure that it will be done with the highest quality possible and on time.
May 24, 2022 at 3:11 PM