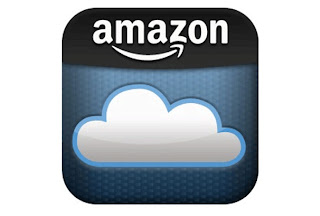 Amazon recently split it's Cloud Drive from their Cloud Player, and released both a Windows and Mac Sync application, entering the same space as Google Cloud Drive, Microsoft SkyDrive, and Dropbox.

Dropbox is the de-facto standard in the market, having the most impressive user experience, and seamlessly integrating into OSX and Windows. It also has a lot of additional features that make it very useful when you're using multiple computers in the same network, and even more improvements recently for sharing, and for using Dropbox in a team environment.

So how does this new addition stack up to the competition?

Unfortunately, it falls just short of being as good as Dropbox, for a few very important reasons.

Dropbox made its waves by integrating seamlessly into OSX. Specifically, it makes it very easy to tell what is in sync, what's shared, and what is still being synced, right from within Finder.

Here's a folder in Dropbox:

And here's that same folder in CloudDrive (as well as any of the other "drive" applications):

Notice the green checkmark in the lower left corner of the Dropbox folder? That tells you the folder is "in sync" and available on dropbox. No such integration with the other drive applications, all you can tell from there is if your entire folder is in sync or not.

There is also better integration for "sharing" folders directly from within the finder. In Dropbox, you can right click on any folder to open up a sharing link to share that folder with any other Dropbox user, or to generate a link to share with someone on the web. With CloudDrive, there doesn't appear to be any sharing option at all, let alone something as simple as Dropbox's options.

Dropbox is more then just about keeping your files in sync with your own devices, it's also about sharing and collaboration. CloudDrive completely misses this aspect.

Perhaps the most important difference between these applications is how they synchronize your files between your computers. Dropbox intelligently uploads your files to it's servers and your other devices. Specifically, if you have a device that contains files locally, and a device that needs to download them, instead of downloading from the internet, your device will download from the closest local system. This means that it's not unnecessarily traveling over your internet connection when it can more quickly grab those files from another device on your local network.

CloudDrive and most of the other Drive applications do not do this. They simply allow you to download the files directly from the "Cloud Server" and do not intelligently choose where to download the files from if they are available locally from another device. This means that your internet connection is much more saturated, and if you're trying to watch your favorite baseball team on MLB.tv while your  trying out CloudDrive, you're going to be disappointed.

While CloudDrive does appear to be the most promising so far, it still has a long way to go before I would switch from Dropbox. Dropbox has had the lead in the market for so long that they are a very hard target to chase, but hopefully with this new addition the gap between competitors will start to close, and we can begin to see more improvements in the sync'd drive space.